Couture For A Cause: Laughter Is The Best Medicine 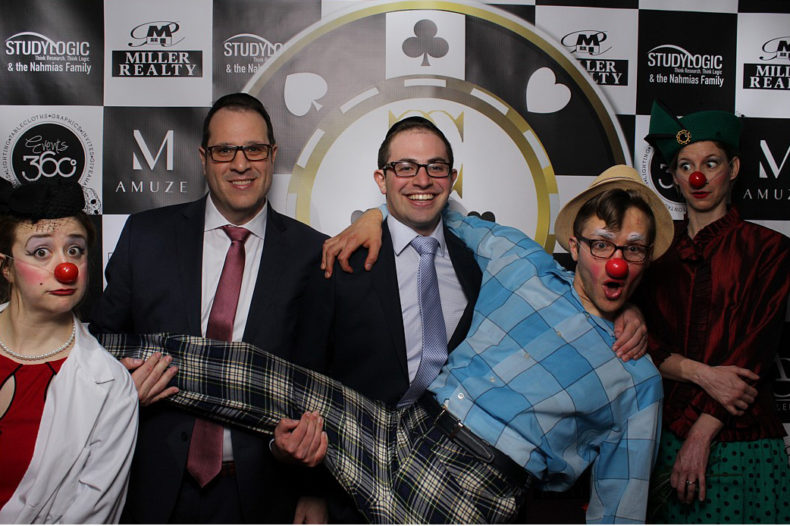 Couture For A Cause: Laughter Is The Best Medicine

admin 9th Mar 2017 Comments Off on Couture For A Cause: Laughter Is The Best Medicine in News

They say the show must go on, and it did.

Thursday evening at Temple Beth El in Cedarhurst, Couture for a Cause held another sellout fundraiser, this time to benefit Lev Leytzan. The Couture for a Cause team has produced fashion shows for charity since 2007, working tirelessly to make each event more memorable and successful than the last. This year they embarked on a mission to create a unique event suited for the chosen charity, and as they honored the work of Lev Leytzan, the organization that brings compassionate clowning to the sick and elderly, the comedy and casino-night theme couldn’t have been more fitting.

The untimely passing of Couture for a Cause cofounder Esther Silber-Berg’s father the previous day rocked the CFAC network and may have possibly put the event on hold. As a beloved pillar of the Jewish community and a tremendous philanthropist, Chaim “Lobo” Silber’s passing shook the organization and the community at large. Silber-Berg had dedicated her work for CFAC to her father and credited him for her lifelong passion for charity. As she knew that the cause was bigger than the celebration, Silber-Berg insisted that the show must go on, and it did—dedicated to her father’s memory.

After the introduction and moving dedication by CFAC cofounder Michal Weinstein, guests viewed a short video about Lev Leytzan. The video offered but a glimpse of the tremendous and compassionate work of the organization founded by Dr. Neal Goldberg and its troupe of medical clowns specially trained to bring joy to those most in need.

Actor and comedian Elon Gold kept the crowd in stitches as he kept his promise to stay mostly kosher for “his people.” Joking about the unique Jewish culture, holidays, and customs, his appearance couldn’t have been better suited to the cause and certainly provided a much needed opportunity for levity.

With a crowd of 350 in attendance, including Nassau County legislator Howard Kopel, Temple Beth El provided the perfect venue, flawlessly transformed to accommodate the comedy and casino theme and setting the stage for the festive fundraising. The joy of the pre-Purim season filled the atmosphere with eating, drinking, and laughter galore. Compassionate clowns from Lev Leytzan joined in, manning the photo booth along with comical props, allowing guests to get into the spirit and clown around.

Casino tables were set up by New York Fun Factory with winnings given in raffle tickets—ensuring that the focus would be on the fun and simultaneously supporting the long list of generous businesses that donated luxurious goods and services as prizes to benefit Lev Leytzan. Malka DJ Entertainment kept the party flowing throughout the night with DJ Mario as a superb master of ceremonies.

Every CFAC production is a joint venture and each year the fellowship grows, with eager volunteers, creative vendors, and generous sponsors all working to cultivate the vibe that defines Couture for a Cause. With transformative lighting and elegant décor by Event Planner NY and Gitty Lowinger; cocktails by Southern Glazers Wine and Spirits and Herzog; Seaview Caterers’ gourmet food; and Jerry Meyer Studio on hand to capture all of the moments—it was the ultimate display of community resources coming together to create something larger than the sum of its parts.