Lion of Zion Roars as Fuld Legacy Lives On 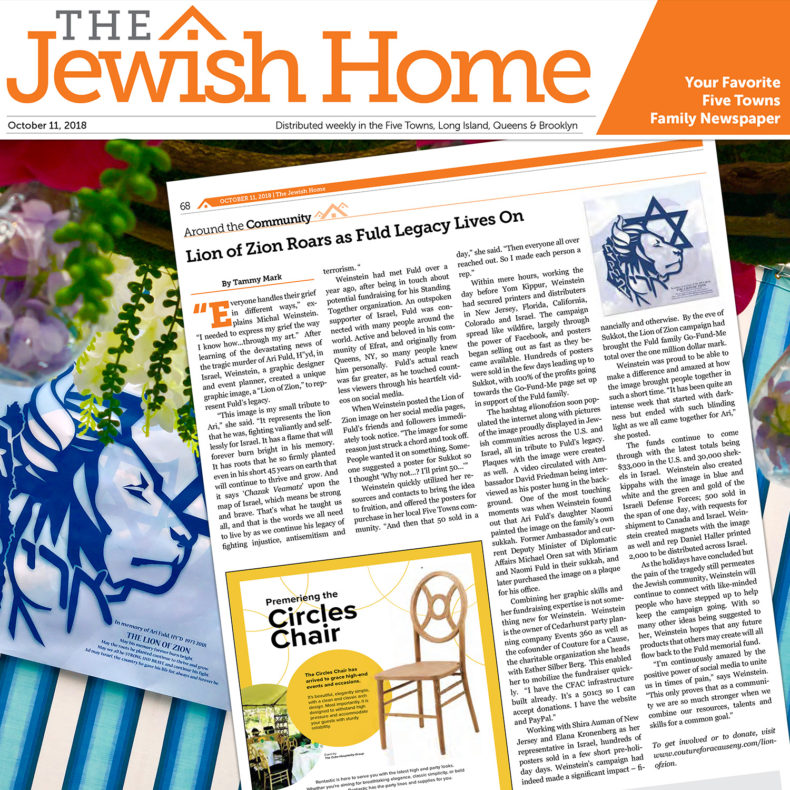 Lion of Zion Roars as Fuld Legacy Lives On

“Everyone handles their grief in different ways,” explains Michal Weinstein.  “I needed to express my grief the way I know how…through my art.”  After learning of the devastating news of the tragic murder of Ari Fuld HY”D in Israel, Weinstein, a graphic designer and event planner, created a unique graphic image, a “Lion of Zion” to represent Fuld’s legacy.

“This image is my small tribute to Ari. It represents the lion that he was, fighting valiantly and selflessly for Israel. It has a flame that will forever burn bright in his memory. It has roots that he so firmly planted even in his short 45 years on earth that will continue to thrive and grow. And it says “Chazak Veamatz” upon the map of Israel, which means be strong and brave. That’s what he taught us all, and that is the words we all need to live by as we continue his legacy of fighting injustice, antisemitism and terrorism. “ 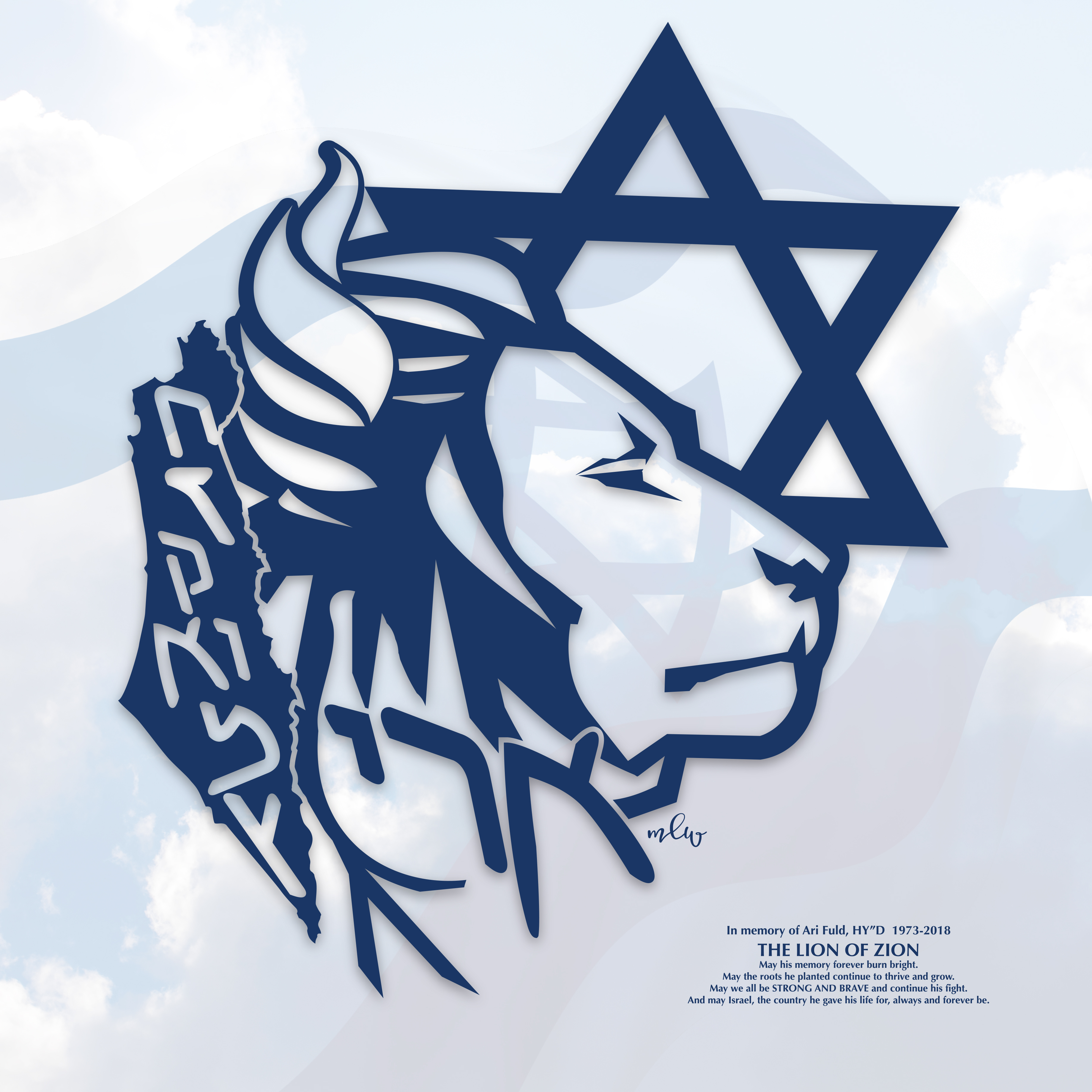 Weinstein had met Fuld over a year ago, after being in touch about potential fundraising for his Standing Together organization. An outspoken supporter of Israel, Fuld was connected with many people around the world. Active and beloved in his community of Efrat, and originally from Queens, so many people knew him personally.  Fuld’s actual reach was far greater, as he touched countless viewers through his heartfelt videos on social media.

When Weinstein posted the Lion of Zion image on her social media pages, Fuld’s friends and followers immediately took notice. “The image for some reason just struck a chord and took off. People wanted it on something. Someone suggested a poster for Sukkot so I thought ‘why not…? I’ll print 50…’”

Weinstein quickly utilized her resources and contacts to bring the idea to fruition, and offered the posters for purchase in her local Five Towns community. “And then that 50 sold in a day. Then everyone all over reached out. So I made each person a rep.”

Within mere hours, working the day before Yom Kippur, Weinstein had secured printers and distributers in New Jersey, Florida, California, Colorado, and Israel. The campaign spread like wildfire, largely through the power of Facebook, and posters began selling out as fast as they became available. Hundreds of posters were sold in the few days leading up to Sukkot, with 100% of the profits going towards the Go-Fund-Me page set up in support of the Fuld family.

The hashtag #lionofzion soon populated the internet along with pictures of the image proudly displayed in Jewish communities across the U.S. and Israel, all in tribute to Fuld’s legacy.  Plaques with the image were created as well.  A video circulated with Ambassador David Friedman being interviewed as his poster hung in the background.  One of the most touching moments was when Weinstein found out that Ari Fuld’s daughter Naomi painted the image on the family’s own sukkah.  Former Ambassador and current Deputy Minister of Diplomatic Affairs Michael Oren sat with Miriam and Naomi Fuld in their sukkah, and later purchased the image on a plaque for his office.

Combining her graphic skills and her fundraising expertise is not something new for Weinstein.  Weinstein is the owner of Cedarhurst party planning company Events 360 as well as the cofounder of Couture for a Cause, the charitable organization she heads with Esther Silber Berg.  This enabled her to mobilize the fundraiser quickly.  “I have the CFAC infrastructure built already. It’s a 501c so I can accept donations. I have the website and PayPal.”

Working with Shira Auman of New Jersey and Elana Kronenberg as her representative in Israel, hundreds of posters sold in a few short pre-holiday days. Weinstein’s campaign had indeed made a significant impact – financially and otherwise.  By the eve of Sukkot, the Lion of Zion campaign had brought the Fuld family Go-Fund-Me total over the one-million-dollar mark.

Weinstein was proud to be able to make a difference and amazed at how the image brought people together in such a short time. “It has been quite an intense week that started with darkness but ended with such blinding light as we all came together for Ari,” she posted.

The funds continue to come through with the latest totals being $33,000 in the U.S. and 30,000 shekels in Israel.  Weinstein also created kippahs with the image in blue and white and the green and gold of the Israeli Defense Forces; 500 sold in the span of one day, with requests for shipment to Canada and Israel. Weinstein created magnets with the image as well and rep Daniel Haller printed 2000 to be distributed across Israel.

As the holidays have concluded but the pain of the tragedy still permeates the Jewish community, Weinstein will continue to connect with the like-minded people who have stepped up to help keep the campaign going. With so many other ideas being suggested to her, Weinstein hopes that any future products that others may create will all flow back to the Fuld memorial fund.

“I’m continuously amazed by the positive power of social media to unite us in times of pain,” says Weinstein.  “This only proves that as a community we are so much stronger when we combine our resources, talents and skills for a common goal.” 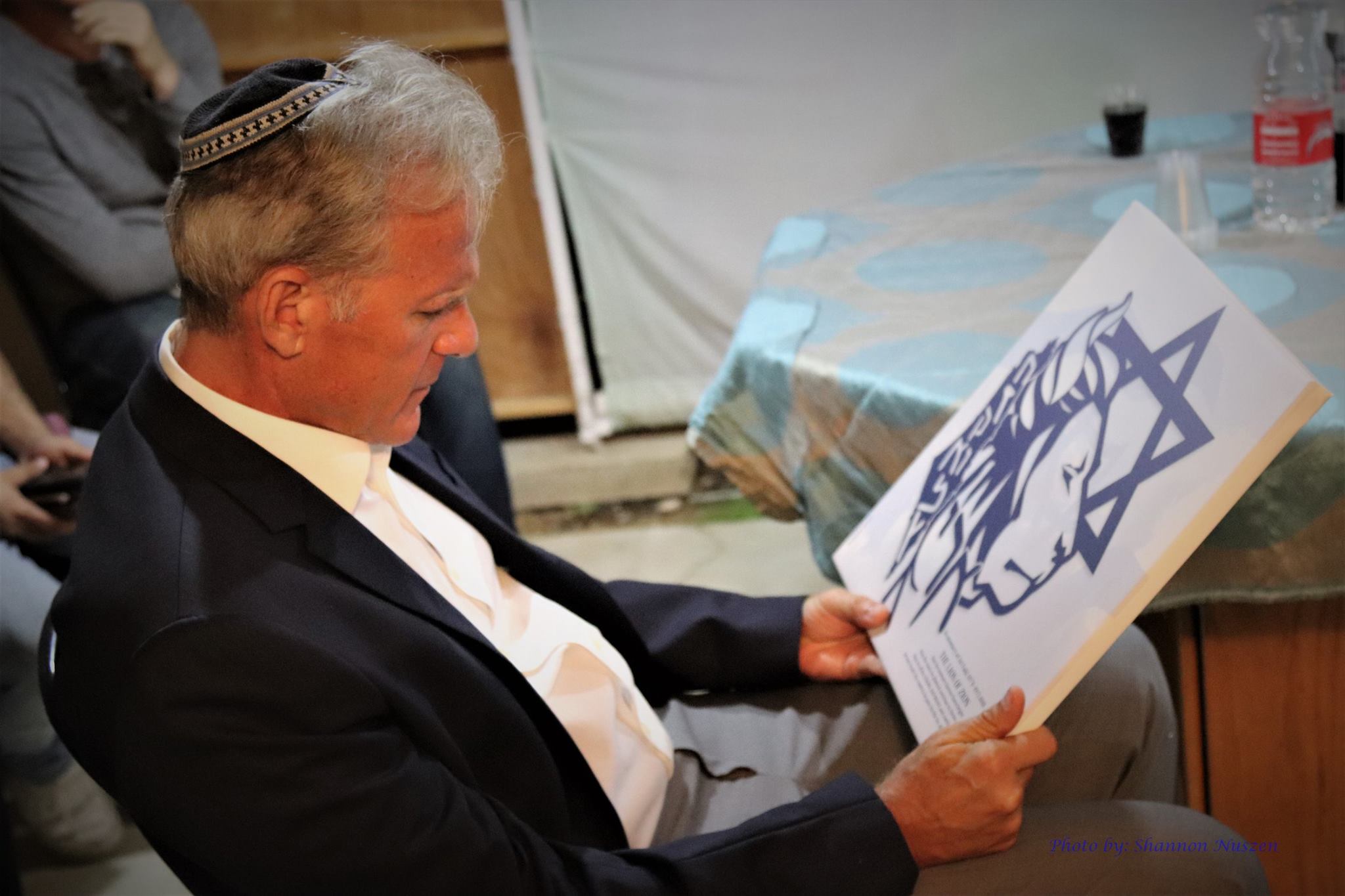 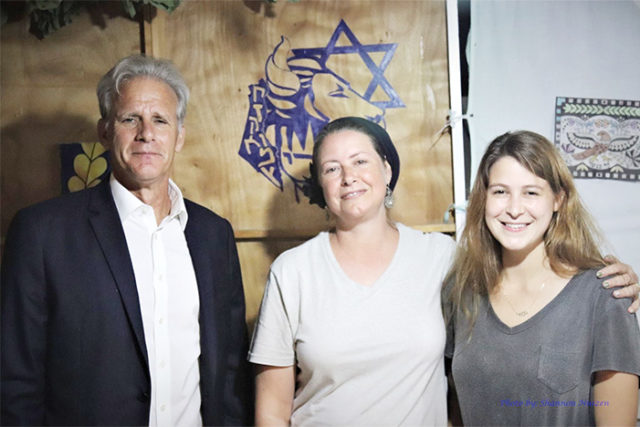